Commercial radio missing out on the “Power of the Purse” 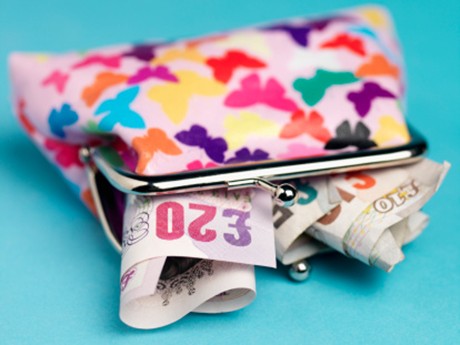 Last week it was announced that Anton Savage will take over as the new host of the 9am to noon slot on TodayFM. He replaces Ray D’Arcy after his departure to RTÉ and the programme will be called the Anton Savage Show. Firstly, I’d like to congratulate Anton and wish him all the very best in his new role.

Since Ray D’Arcy left TodayFM I was waiting to hear who would take over the slot and I was really hoping it would be a female presenter as let’s face it there are only a handful of us in commercial radio and most tend to be on the margins of the schedule and at the weekend – much like my own show Global Village on Newstalk.

I was disappointed to hear that it was yet another bloke to present the popular mid-morning slot. So now the choice when it comes to national talk radio for that slot is RTE’s Sean O’Rourke, our very own Pat Kenny here on Newstalk and Anton Savage on TodayFM. So no change, it’s still all men! Now, I am not a man-hating lesbian but my question is where is the diversity and variety? I know it’s a stretch to expect that they might consider representing migrants even though we do make up 12% of the Irish population but what about women who make up 50% of the population? Aren’t our views valid and worth representation? This time around I am going to park my feminist and gender equality argument that I normally make in these situations and focus on the business case of diversity.

Commercial radio depends on advertising; it’s the way they make profit, pay salaries and contract presenters like myself. The business case for diversity based on national and international evidence shows that when an organisation is made up of a diverse workforce it will attract the loyalty of a diverse customer base. Right now what is happening is commercial radio is appealing more to men than they are to women. The fact of the matter is no business no matter how successful can afford to alienate 50% of the population. I personally know women who have stopped listening to commercial radio for this very reason, because they don’t feel represented, they don’t identify with the presenters and some even because they were offended by sexist or misogynist remarks that made by male presenters.

Women have huge buying power. I was recently reminded of this at last week’s Pendulum summit when I heard Willie Walsh acknowledge this. The Bord Gáis Energy Theatre sponsorship demonstrates this and it is a key element in the firm’s customer retention and loyalty strategy. When evaluating the partnership, Bord Gáis discovered strong synergies between the theatre’s core target audience and its bulls-eye customer – mums with families. Most mums pay the household bills and like going to the theatre so it made complete business sense to Bord Gais.

So if commercial radio made an effort to be more representative of women they would attract more female listeners and this would then open the door to female customer driven industries to advertise with them… its called unleashing the power of the purse. In the U.S., women control 85% of all consumer purchases, from food, clothing, insurance, banking, utilities, automobiles, healthcare, home improvement products and consumer electronics, according to MediaPost. They account for $7 trillion in consumer and business spending, and over the next decade, women will control two-thirds of consumer wealth. It’s not a stretch to imagine that the power of the purse exists in Ireland too based on the Bord Gais Energy Theatre success.

So does this sound like a market that commercial radio can afford to ignore?