My 2014: Awards, marches, and the most longed-for baby

MANY MIGHT THINK that because I am a broadcaster and journalist I am comfortable in the spotlight, not afraid to speak up and have my voice heard. This may be true, however this wasn’t always the case as there was a time in my life when I much preferred to be invisible and could barely let out a whisper.

Surviving adversity as a child

I recently came across a quote by Victor Hugo that has really helped me make sense of who I am today, “Adversity makes men and prosperity makes monsters”.

I have faced great adversity in my life, much of it when I was only a child.

I came from a family in crisis who neglected me. I was bullied in school for the colour of my skin; I experienced sexual abuse when I was 14 years old at the hands of a teacher. This led me to fail my ‘O’ Levels (the equivalent of Junior Cert) and get expelled from school. Then my parents, who became Jehovah’s Witnesses when I was a teenager, kicked me out of the family home when they found out I was gay… I was only 17 years old.

I became homeless and relied on girlfriends, friends and distant relatives to get by. I remember feeling a great sense of shame about who I was and the words that my parents hurled at me before we parted ways stuck for a very long time: “abomination, unnatural, failure”.

I remember being in a very fragile mental state as the trauma of my parents’ rejection made me feel worthless. I realised after meeting a number of other LGBT people in Colombo that living in Sri Lanka was going to perpetuate my feeling of worthlessness as everywhere I went I would face discrimination and prejudice.

I emigrated from Sri Lanka when I was 21 years old and now 20 years later at the age of 41 I can say I have made my peace with what happened but more importantly I have moved past it. How did I do that, you may ask?

Well, the short answer is oceans of tears and a truck load of self-reflection and psychotherapy! But first, like most I tried to block it out and pretended it never happened but that only drove me down a dark path of depression and suicidal thoughts.

I will forever remember 2014 as being my best year yet because it’s the year I truly embraced all of my true self and allowed myself to become visible.

Interestingly, not only was I ready to be visible but the world around me was ready to welcome me with open arms.

At the beginning of this year I was privileged to be awarded the Frederick Douglas award as part of the annual Lord Mayor of Dublin’s awards. This was for my contribution to Dublin civic life through my work as an activist, social entrepreneur and social justice and mental health broadcaster. 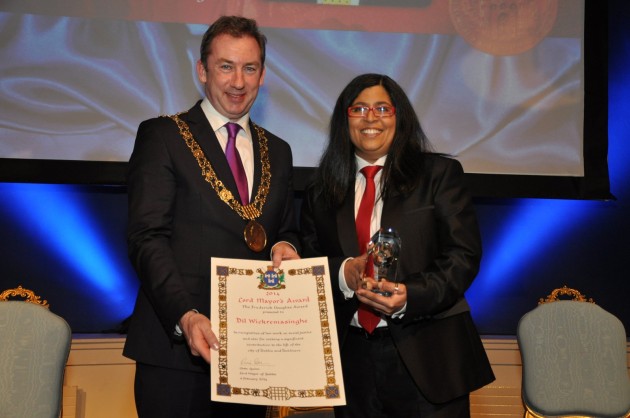 As if that wasn’t incredible enough I was asked to be the Grand Marshall of Cork Pride which I considered a huge honour. It was a beautiful summer’s day and I got to travel in a horse-drawn carriage through streets lined with hundreds of people cheering me on!

Around the same time Newstalk 106-108 FM launched its national advertising campaign which included billboards and TV ads. Much to my delight for the first time since I began my career in Irish media I found myself on massive billboards across the nation and on TV ads with other radio giants such as Pat Kenny.

Not bad for a poor migrant who came to Ireland and started out as a kitchen porter, right?

Then only a couple of weeks later I was asked by LGBT Noise to be the keynote speaker and address 8,000 people at hopefully the last ever March for Marriage Equality in Dublin. This was indeed the scariest thing I have ever had to do from a public speaking point of view. I was going to be standing in front of my beloved Dublin LGBT community and speak about the civil rights issue of our generation. I was bricking it!

Turns out it went well and you can watch the speech here:

So you would think at this point that even if nothing else happened for the rest of the year, 2014 would have been a pretty amazing year for me.

However the best was yet to come as on 25 November my beloved partner Anne Marie and I shared the wonderful news that I am pregnant! It took us two years of preparations and with the help of Clane Fertility Clinic I got pregnant on my first IVF cycle.

I am now well into my second trimester and so far all is well apart from the usual fatigue, nausea, bloating, frequent trips to the loo, mood swings, flatulence, incessant hunger… the list is endless. But who cares there’s a baby growing inside of me as I am writing this article!

To add to my bliss, my long-time estranged parents received the news of the impending arrival of their only grandchild with… joy! My mother’s exact words were “never mind who was involved or how it happened – the important thing is there’s a new baby on the way!”

Those words marked the beginning of the inter-generational healing that I never thought was possible. It feels like my family have been given a second chance to rebuild bridges and move on just like I did. 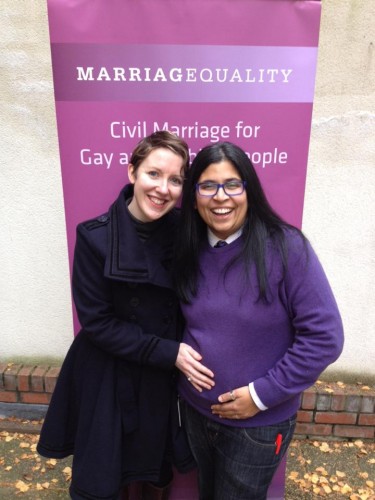