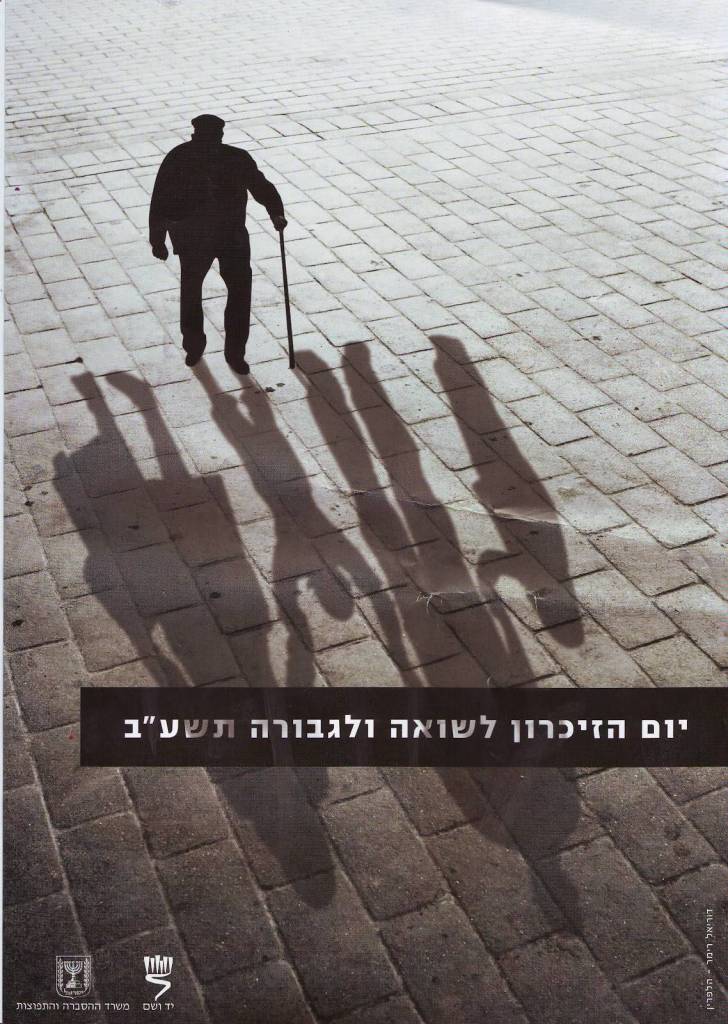 The national Holocaust Memorial Day commemoration takes place on the Sunday nearest to 27 January every year. This marks the anniversary of the liberation of Auschwitz Birkenau, on January, 1945. The event honours the memory of all of the victims of the Holocaust — six million Jews, one and a half million of them children as well as over five million other victims – persecuted because of their nationality, ethnicity, sexual orientation, disability, religious beliefs or political affiliations.  The inclusion of all of the victim groups is essential to the commemoration, highlighting the importance of education about anti-Semitism and all forms of intolerance.

It’s hard for the human mind to comprehend the sheer magnitude of what exactly happened but there are countless individual stories of people who survived the ordeal like the one of Eva Schloss the step-sister of Anne Frank who became the defining voice of Jewish persecution at the hands of the Nazis.

The two girls would play together and had become friends before the Germans invaded Holland in May of 1940 – within five days the Dutch had surrendered, and life began to change for Jewish citizens.

First they were banned from public transport, then subjected to curfews. Their radios were confiscated and they were forbidden from owning bikes and then they were all forced to wear the yellow star. When men and boys began being rounded up and sent to the camps, Eva’s father decided that it was not safe for the family to live openly any more, and they sought refuge with Dutch citizens willing to hide them.

They were separated and had to move several times over the next two years before, on a visit to see her brother and father in 1944, they were betrayed by a nurse who reported them to the Nazis. It was Eva’s 15th birthday.

On the train to Auschwitz-Birkenau, she had her final conversation with her father.

“My father apologised to us,” she said. “As the head of the family, he said he was sorry: ‘I can’t do anything more for you now. You are on your own.’”

Men and women were separated at the gates, and each new arrival inspected by the notorious Dr Josef Mengele, who split them into two groups: the weak were bound for the gas chambers, the stronger for the camp.

Eva and her mother were spared, and taken to be stripped, shaved and tattooed with a number. “They told us ‘You are not like a human being. You are like cattle: you are just a number now. If ever we want you, you will be called by your number: forget about your name.’” The two women spent nine months in the camp, gradually losing track of the days, weeks and months.

“That anybody survived Auschwitz is a miracle. The food was technically non-existent, hard work, no clean water, many people had typhus and dysentery, lice, bed bugs, hard labour,” she said. “But somehow my mother and me made it.”

One morning, they awoke to find the camp deserted of guards. The Germans, anticipating the arrival of the Russians, had abandoned the camp. Even then, the thousands of prisoners did not leave – they were too weak, too ill, and had nowhere to go. It was January 1945 when the Russian soldiers arrived, and the long journey back to Amsterdam began for the two women.

Although the Holocaust mainly impacted on Jewish people – its lessons are universal. The Holocaust did not begin with concentration camps and gas chambers. It began with whispers, taunts, stereotyping attitudes and prejudice. The story of the Holocaust calls on us to strengthen our efforts to combat antisemitism in all of its manifestations, to reject Holocaust denial and to commit to challenging every example of intolerance that we witness.