The Lord Mayor of Dublin, Oisín Quinn, hosted the 2014 Lord Mayor’s Awards in the Round Room of the Mansion House, Dawson Street, on Tuesday, 4th February, 2014.

Since 1989, this annual award ceremony has honoured individuals and groups who have made a special contribution to Dublin. It is an opportunity for the Lord Mayor, on behalf of the citizens of Dublin, to express gratitude to people and organisations that make a difference to the life of the City.

Lord Mayor Oisín Quinn said “This year I have chosen to give Lord Mayor’s Awards to three individuals and three groups in the areas of technology, arts, sport, youth, community and social justice.  One of the Awards tonight is a new Award, The Frederick Douglas Award, to acknowledge the contribution of someone who has come to live in Dublin and has made a significant impact on the city. Dil Wickremasinghe is the recipient of the inaugural Frederick Douglas Award.  All the recipients, both individuals and organisations, have made special contributions to the city of Dublin and I’m honoured to be able to recognise them here tonight”. 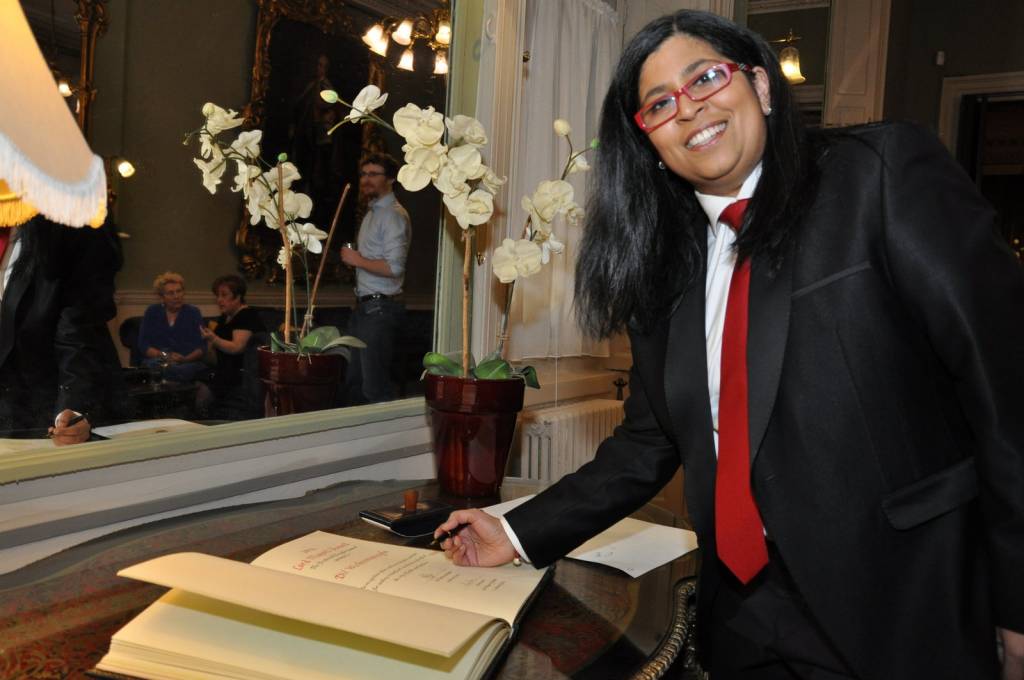 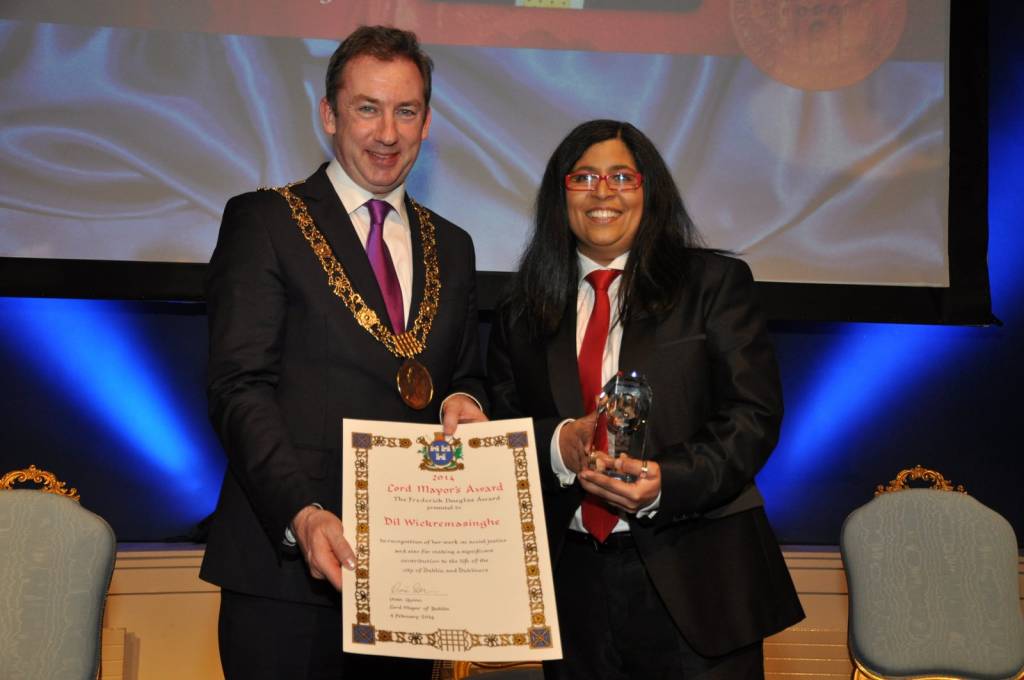 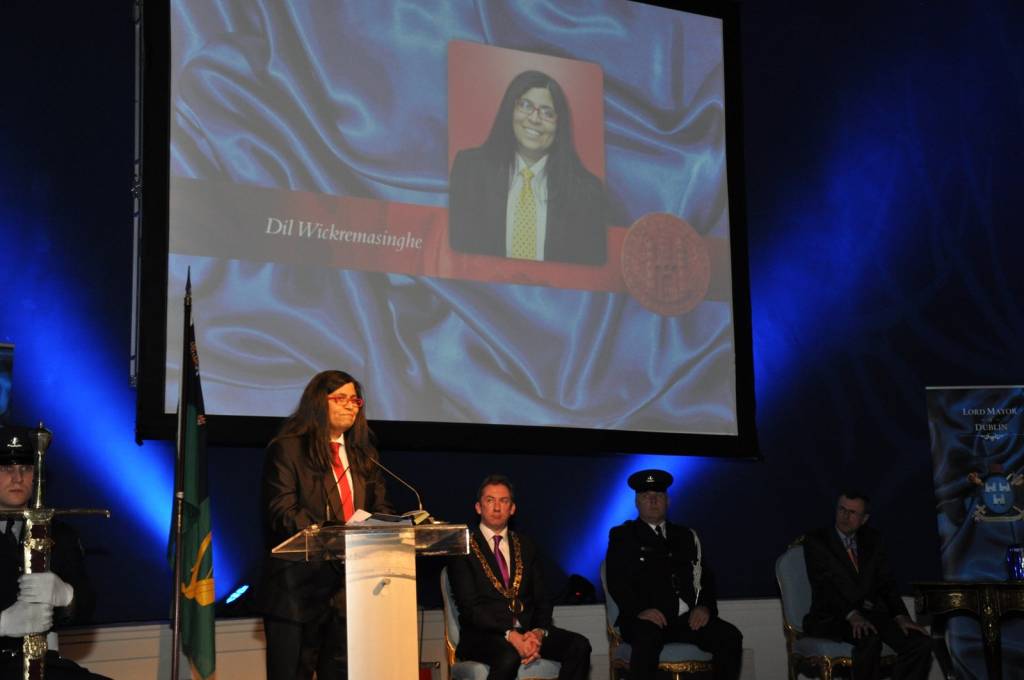 Dil and Anne Marie in the Oak Room

Dil and Anne Marie lost in each others eyes! 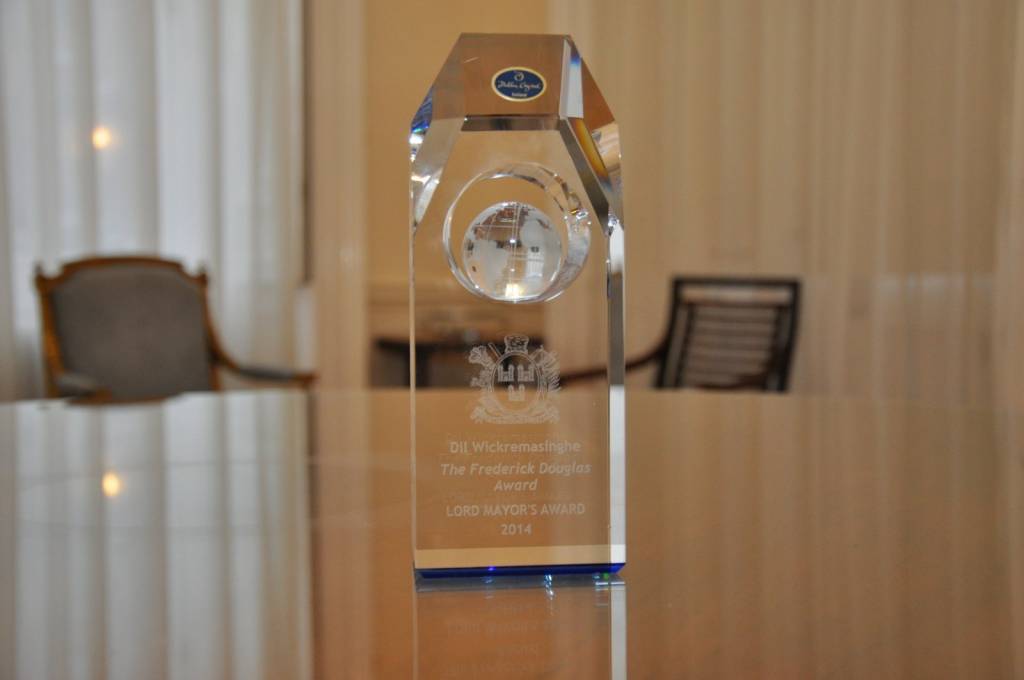